New paper out! I’m really proud to have been a part of this research, now published in Indoor Air (Wiley)

We put temperature monitors in 34 low income Detroit homes and tested to see if high temperatures had anything to do with daytime sleepiness or word recall.

“The burden of temperature-associated mortality and hospital visits is significant, but temperature’s effects on non-emergency health outcomes is less clear. This burden is potentially greater in low-income households unable to afford efficient heating and cooling. We examined short-term associations between indoor temperatures and cognitive function and daytime sleepiness in low-income residents of Detroit, Michigan. Apparent temperature (AT, based on temperature and humidity) was recorded hourly in 34 participant homes between July 2019-March 2020. Between July-October 2019, 18 participants were administered word list immediate (WLL) and delayed (WLD) recall tests (10-point scales) and the Epworth Sleepiness Scale (24-point scale) 2–4 times. We applied longitudinal models with nonlinear distributed lags of temperature up to 7 days prior to testing. Indoor temperatures ranged 8–34°C overall and 15–34°C on survey days. We observed a 0.4 (95% CI: 0.0, 0.7) point increase in WLL and 0.4 (95% CI: 0.0, 0.9) point increase in WLD scores per 2°C increase in AT. Results suggested decreasing sleepiness scores with decreasing nighttime AT below 22°C. Low-income Detroit residents experience uncomfortably high and low indoor temperatures. Indoor temperature may influence cognitive function and sleepiness, although we did not observe deleterious effects of higher temperatures.”

Its always a thing to celebrate, getting these new papers out. This one covers a topic close to home. After years of doing global health work, I never thought I’d be doing domestic health and even less certain that I’d be covering topics just down the road from me.

Together with partners from Wayne State University (Health Urban Waters), UM-Dearborn and the University of Michigan Ann Arbor, we characterized the state of recurrent flooding in Detroit, MI and explore possible public health impacts. The article appears in the International Journal of Environmental Research in Public Health. This was extremely rewarding work.

Household flooding has wide ranging social, economic and public health impacts particularly for people in resource poor communities. The determinants and public health outcomes of recurrent home flooding in urban contexts, however, are not well understood. A household survey was used to assess neighborhood and household level determinants of recurrent home flooding in Detroit, MI. Survey activities were conducted from 2012 to 2020. Researchers collected information on past flooding, housing conditions and public health outcomes. Using the locations of homes, a “hot spot” analysis of flooding was performed to find areas of high and low risk. Survey data were linked to environmental and neighborhood data and associations were tested using regression methods. 4803 households participated in the survey. Flooding information was available for 3842 homes. Among these, 2085 (54.26%) reported experiencing pluvial flooding. Rental occupied units were more likely to report flooding than owner occupied homes (Odd ratio (OR) 1.72 [95% Confidence interval (CI) 1.49, 1.98]). Housing conditions such as poor roof quality and cracks in basement walls influenced home flooding risk. Homes located in census tracts with increased percentages of owner occupied units (vs. rentals) had a lower odds of flooding (OR 0.92 [95% (CI) 0.86, 0.98]). Household factors were found the be more predictive of flooding than neighborhood factors in both univariate and multivariate analyses. Flooding and housing conditions associated with home flooding were associated with asthma cases. Recurrent home flooding is far more prevalent than previously thought. Programs that support recovery and which focus on home improvement to prevent flooding, particularly by landlords, might benefit the public health. These results draw awareness and urgency to problems of urban flooding and public health in other areas of the country confronting the compounding challenges of aging infrastructure, disinvestment and climate change. 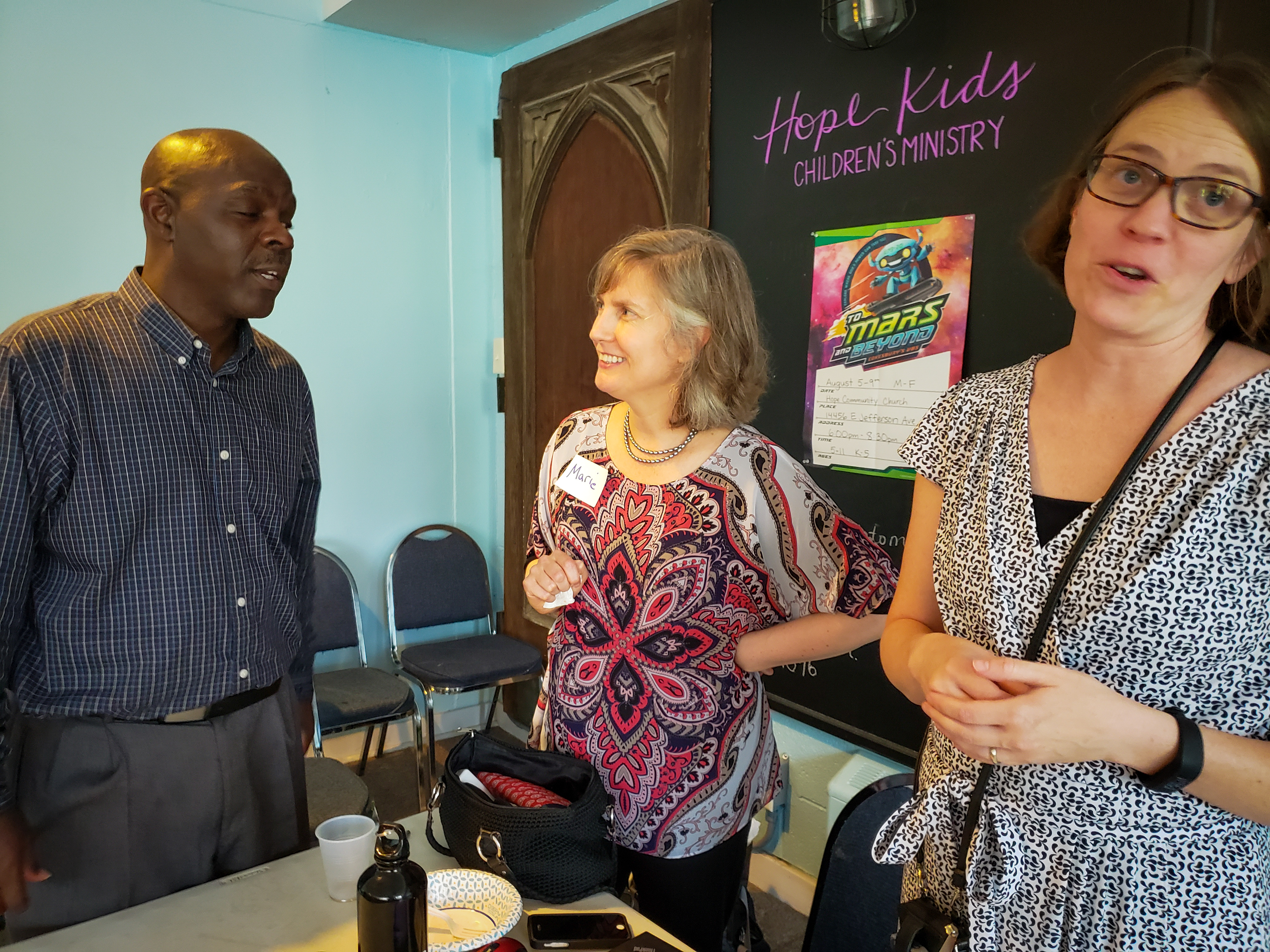 Once again, I tagged along on a trip to Detroit with the D-CREW, a community based participatory research project aimed at developing strategies to improve housing and thereby reduce wasteful water and energy use in Detroit communities.

Data collection went as smoothly as before, but with a more affluent and sophisticated group of people the vast majority of whom own their own homes.

The informational session became quickly energized, with participants asking pointed questions like “how is this research going to benefit us?” “are you going to sell our data?” “is my cousin going to be able to see my data?”

Doing research in the communities of Detroit is every bit as exciting and engaging as doing work in Kenya, where researchers are rightly met with skepticism, the goals of the research are obscure, and the direct benefits likely non-existent. 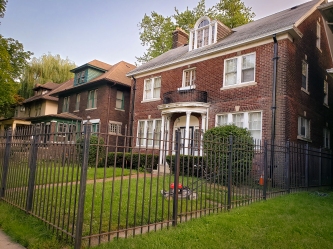 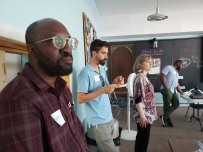 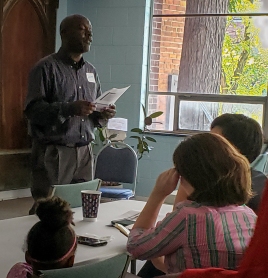 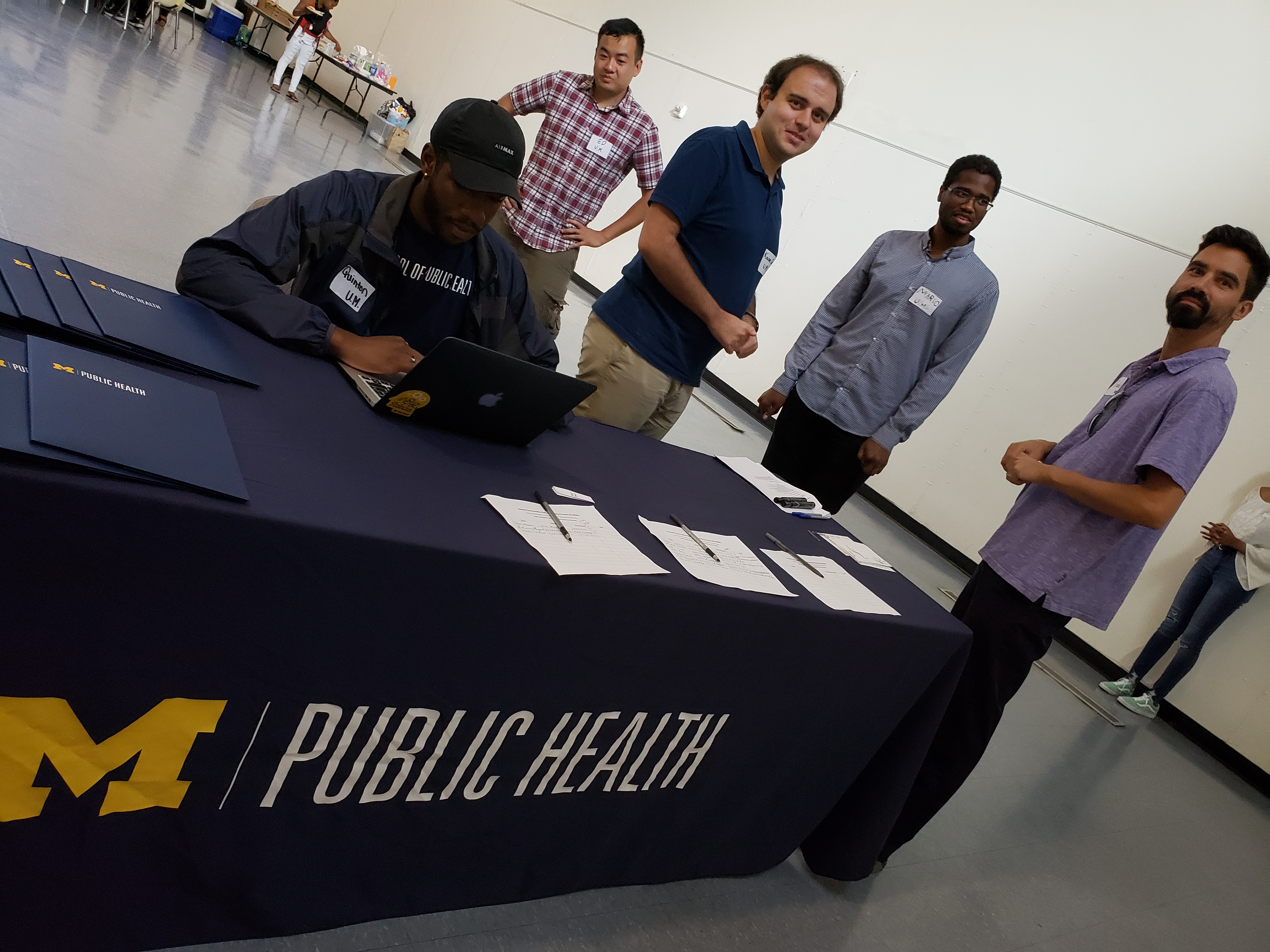 At least that’s what we hope happens. Yesterday, I had the opportunity to join the Detroit Communities Reducing Energy and Water (use) project, focusing on Parkside, a subsidized housing community in Detroit, MI.

The project aims to help residents make changes to the electrical and plumbing infrastructure of their homes to reduce the energy costs. Residents in poor communities often live in housing that has old, inefficient and sometimes faulty electrical wiring, kitchen appliances and aging or damaged pipes, showers and toilets. 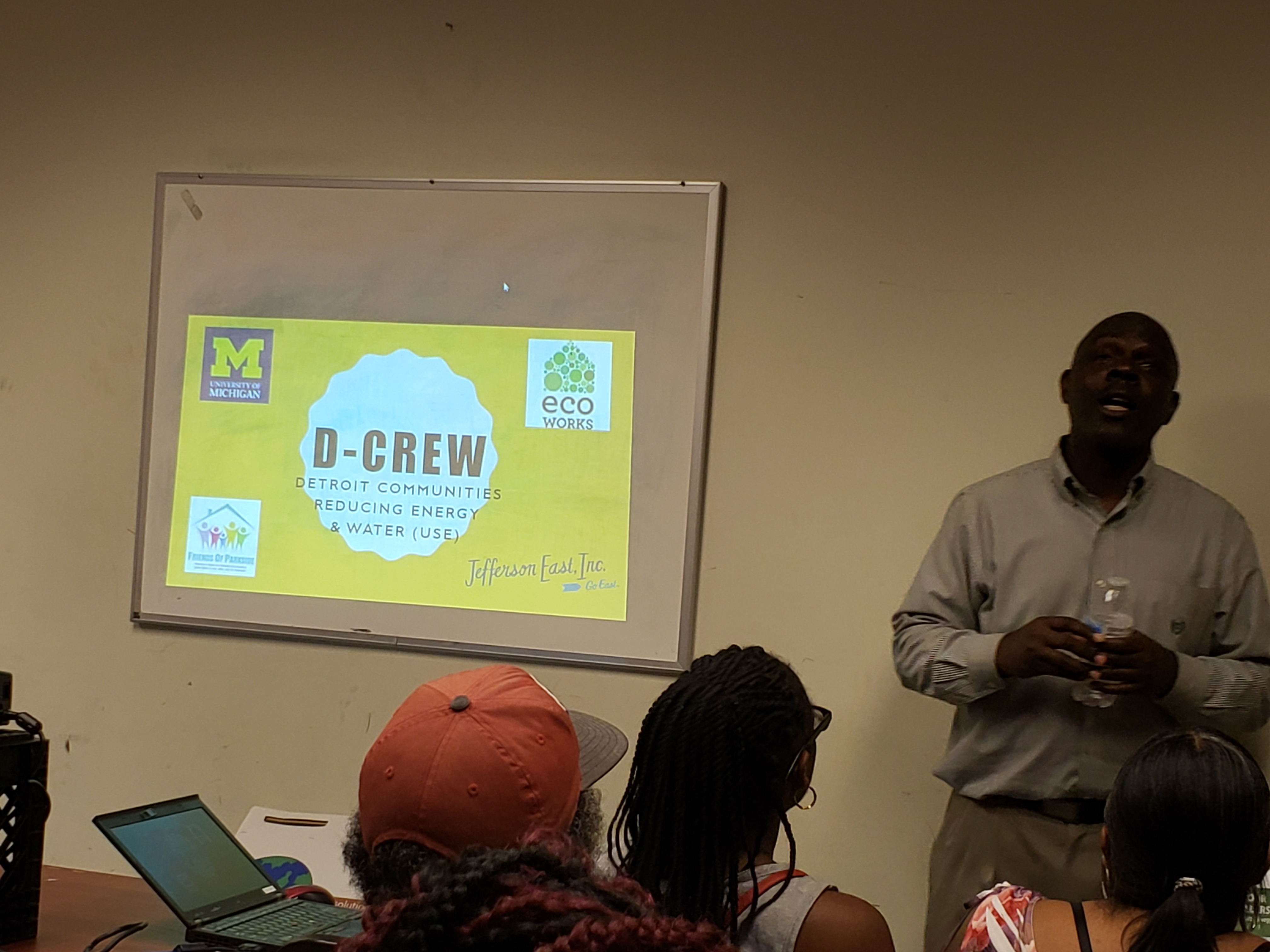 The University of Michigan School of Public Health has a community based participatory research project with the residents of Parkside, the Friends of Parkside, a local advocacy group.

We administered a survey on energy, housing conditions and health to about twenty residents who came to the event. Following the consumption of copious amounts of pizza, the goals of the study were explained to everyone in a group meeting and consent was obtained.

They then moved to another room and took the survey. Many of the residents were elderly, mostly women. All had interesting stories to tell about broken air conditioners, unresponsive maintenance crews, family, friends, kids…. everything you find in these kinds of surveys.

After they were done, they all got some ca$h and were provided with a temperature monitor so that we can better understand what they are experiencing in their homes during these hot summer months. We will then conduct a follow up survey to assess the impact of a home based educational program on energy use and health.

It had been a long time since I was involved in community and I was grateful to be a part of. Some people don’t like this kind of work, I really don’t understand what’s not to like about hanging out with survey respondents who feel invested in the project and their communities. 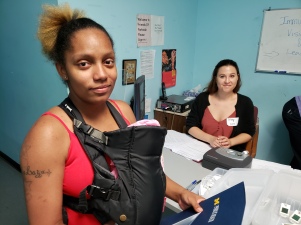 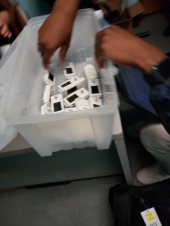 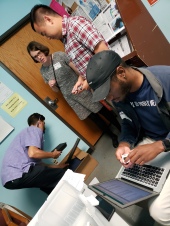 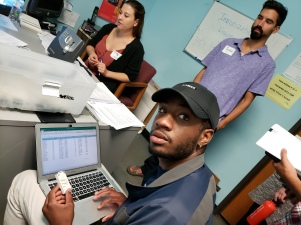 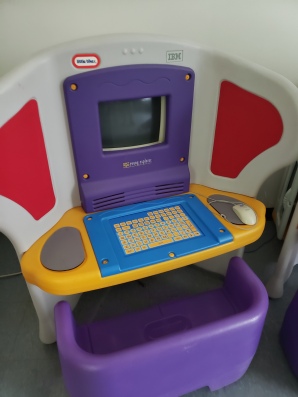