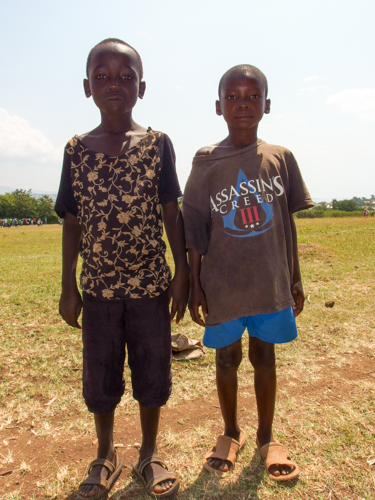 Often people will mention that we are “adapted” to do this or another thing, either indicating some crime of modernity (of course, ignoring the fact that a larger percentage of babies are surviving and people are living longer and healthier than at any time in human history) or trying to point out some example of the glaring perfection of our creation, with either an implicit or vocal reference to divine creation.

For example, obesity is attributed to fat and protein rich modern diets since we aren’t “adapted” to eat these types of foods (despite having found the food in East Africa so unpalatable that we had to learn to crush or cook it to digest it efficiently). Our bad disposition is blamed on a lack of sleep since we aren’t “adapted” to sleep as little as we do (this might be true). Most recently, a book writer blamed our problems with depression on a divorced relationship to nature, given that we are “adapted” to hunt and kill for food and then revel over the blood stained corpse (of course, the writer doesn’t consider that people in antiquity might have been depressed, too).

There may be some truth to some of this. However, “adaptation” implies something about the individual, when evolution, in fact, is about reproduction. We aren’t “adapted” to anything. Rather, certain traits are selected for based on the survival of at least two generations of living things, at least for complex social animals like ourselves.

Simply surviving as an individual does not insure the survival of a species. Living things must first survive long enough to reproduce and then, at least in humans, insure that the children make it to reproductive age. Human babies are horribly weak in contrast to sharks, which are ready to go even before they leave the mother. Further, in the case of humans, a full three generations must live at once to insure long term survival.

Thus, we maintain a tenuous relationship with out environment, where traits do not necessarily favor a single individual, but rather an entire family unit, and these traits may or may not imply perfect harmony with an environment, but rather do the job at least satisfactorily.

Nature cares little for quality as numerous examples throughout our physiology show. To claim that we are somehow “perfectly suited” to a specific environment is just simply wrong. Merely, we have come to a brokered peace (after generations of brutal trial and error, what we eat today is thanks to the deaths of millions, mostly children, who had to die to allow us to do so) with wherever we live in order to allow a few of our kids and grandkids to survive.