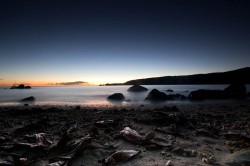 Today, in Malaria Journal, a new publication appeared with my name on it (though I am not the main author). This will be a record of one of the most challenging experiences of my life.

In 2012, my friend Akira and I went hiking in the mountains outside Osaka. It was a pretty easy hike, but on the way down Akira twisted his ankle and sort of lumbered down the rest of the trail. After a few days, the pain got worse and he had to cancel an upcoming research trip to Vanuatu. He asked me to go in his place and offered to pay my expenses. I was due to go on a couple of other research trips that summer so I couldn’t commit, but the only other gringo on the trip begged me and at the last minute I decided to go.

Long story short, it was a crazy set of interpersonal dynamics, we suffered bacterial infections, got stuck on an island for ten days because a plane needed to be repaired, one of us didn’t eat or drink water for ten days, much fish was eaten (but the people who ate), much kava was drank and stories were told. Our diet alternated between delicious seafood and fresh fruits to ramen noodles over rice.

It was a surreal experience. I lost ~16 pounds, down from 175 to 159, came back with numerous skin infections and was a general physical wreck for months, more so than usual. It was challenging, but an experience I am unlikely to forget. I hope to go back one day.

The paper can be found here.

Pictures from Vanuatu (back when I took pictures) are here.

“Background
Insecticide-treated nets (ITNs) are an integral piece of any malaria elimination strategy, but compliance remains a challenge and determinants of use vary by location and context. The Health Belief Model (HBM) is a tool to explore perceptions and beliefs about malaria and ITN use. Insights from the model can be used to increase coverage to control malaria transmission in island contexts.

Methods
A mixed methods study consisting of a questionnaire and interviews was carried out in July 2012 on two islands of Vanuatu: Ambae Island where malaria transmission continues to occur at low levels, and Aneityum Island, where an elimination programme initiated in 1991 has halted transmission for several years.

Results
For most HBM constructs, no significant difference was found in the findings between the two islands: the fear of malaria (99%), severity of malaria (55%), malaria-prevention benefits of ITN use (79%) and willingness to use ITNs (93%). ITN use the previous night on Aneityum (73%) was higher than that on Ambae (68%) though not statistically significant. Results from interviews and group discussions showed that participants on Ambae tended to believe that risk was low due to the perceived absence of malaria, while participants on Aneityum believed that they were still at risk despite the long absence of malaria. On both islands, seasonal variation in perceived risk, thermal discomfort, costs of replacing nets, a lack of money, a lack of nets, nets in poor condition and the inconvenience of hanging had negative influences, while free mass distribution with awareness campaigns and the malaria-prevention benefits had positive influences on ITN use.