Here’s a few articles I’ve been reading this morning that I liked.

We began by noting that some observers of innovation have claimed that a more important determinant of the levels of investment in R & D and the pace of
innovation than the intellectual property regime is the “opportunity set,” the knowledge pool from which applied researchers can draw. Knowledge, it is has long been recognized, is a public good—a
common resource from which all can draw (see, e.g., Stiglitz 1987).32 Intellectual property provides a way of appropriating the returns to investments in knowledge, but in doing so, effectively privatizes a public good. But every innovation draws upon prior knowledge, and the boundaries of “new” knowledge are inherently imprecise. Patents inevitably enclose what would otherwise have been in the
public domain. In doing so, not only do they impede the efficient use of knowledge, but because knowledge itself is the most important input into the production of further knowledge (innovations),
they may even impede the flow of innovations.

Democracy does cause growth (National Bureau of Economic Research)

Our baseline results use a linear model for GDP dynamics estimated using either a standard within estimator or various different Generalized Method of Moments estimators, and show that democratizations increase GDP per capita by about 20% in the long run. These results are confirmed when we use a semiparametric propensity score matching estimator to control for GDP dynamics. We also obtain similar results using regional waves of democratizations and reversals to instrument for country democracy. Our results suggest that democracy increases future GDP by encouraging investment, increasing schooling, inducing economic reforms, improving public good provision, and reducing social unrest. We find little support for the view that democracy is a constraint on economic growth for less developed economies.

The Edutainment Industrial Complex (Africa is a country)

So this is their strategy? Ask a bunch of relatively wealthy, globally-mobile pop superstars to tell rural youth to not participate in the flashy urban lifestyle they (the artists) usually promote–to stay in the countryside and participate in the resource extraction side of global capitalism? As Sean pointed out to me over email, the video isn’t unlike the type campaign some dictatorship (South Africa’s racist regime was fond of it) might use as a tool of “national development” or to fight crime or build national morale.

Is this a surprise? Western liberals have long romanticized rural poverty and encouraged Africans to simply do nothing about their developmental problems. Sorry, I had to put on my curmudgeon hat for a while.

Did pathogens influence the course of human development? 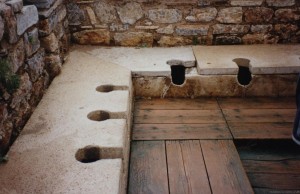 I would say “it depends.” I was just reading an interesting article on the “pathogen stress theory” of the development of human societies, most often attributed to Randy Thornhill, an evolutionary biologist at the University of New Mexico.

According to the “pathogen stress theory of values,” the evolutionary case that Thornhill and his colleagues have put forward, our behavioral immune systems—our group responses to local disease threats—play a decisive role in shaping our various political systems, religions, and shared moral views.

If they are right, Thornhill and his colleagues may be on their way to unlocking some of the most stubborn mysteries of human behavior. Their theory may help explain why authoritarian governments tend to persist in certain latitudes while democracies rise in others; why some cultures are xenophobic and others are relatively open to strangers; why certain peoples value equality and individuality while others prize hierarchical structures and strict adherence to tradition. What’s more, their work may offer a clear insight into how societies change.

This is a reasonable view, and something I’ve long observed from working on infectious diseases in developing countries. The developmental trajectory of a country is influenced by the deliberate avoidance of illness. An example can be seen in the locations of African cities. Many African administrative capitals are located on isolated, cool hilltops, far away from rivers and lakes. Colonialists would intentionally set up shop in areas where they were unlikely to encounter malaria.

Developmentally, this has had major implications for trade within Africa. European cities are often placed along water ways amenable to domestic European trade. The lack of trade between African countries is one of the reasons the continent has developed so poorly. This is the direct result of not only colonial priorities of resource extraction to Europe, but also the unfortunate placement of economic centers in response to malaria.

Certainly, the nature of cities themselves have much to do with the control of infectious diseases. Public works often involve the management of sewage waste and the delivery of clean water. Thornhill might suggest that the development of democracy, citizen involvement and taxation to pay for urban improvements are in direct response to enteric diseases.

However, while it is interesting to try to apply this view, it can be taken to the extreme:

Fincher (a graduate student of Thornhill) suspected that many behaviors in collectivist cultures might be masks for behavioral immune responses. To take one key example, collectivist cultures tend to be both more xenophobic and more ethnocentric than individualist cultures. Keeping strangers away might be a valuable defense against foreign pathogens, Fincher thought. And a strong preference for in-group mating might help maintain a community’s hereditary immunities to local disease strains. To test his hypothesis, Fincher set out to see whether places with heavier disease loads also tended toward these sorts of collectivist values.

I’m not sure it’s that easy to boil down political differences between Asia and Europe to a need to manage infectious disease. Certainly, Sweden is more collectivist than England, but I wouldn’t say that their infectious disease profiles are all that different.

Worse yet, if taken to the extreme, this “hunt for significance” will provide one with evidence to support any crazy theory at all. Pathogens exist wherever humans do. Moreover, we risk attributing the contribution of pathogens to human development based on current conditions, assuming that the present is deterministically preordained centuries ago. Until very recently, nearly the entire world was at risk for malaria, but despite this, various societies have embarked on different social and political trajectories.

The biggest problem I have with the theory is in its basic in rational theory. It assumes that humans are making rational choices based on pathogen threats, when we know, and particularly those of us who work in the tropics, that humans often have poor conceptions of disease transmission and causes of illness. At times, despite very obvious threate, humans will act in manners which exacerbate that threat. The history of enteric disease is filled with tales of ignorance and folly.

If we are going to subscribe to a rational model of political and social development which includes pathogens, then we have to also address first, the ability of pathogens to hijack human behavior to create new opportunities for replication and survival and second, that social changes can exacerbate the worst effects of infection. For the first point, I would look to the development of international trade systems which allow pathogens such as influenza to move around the world quickly, increasing opportunities for mutation to avoid immune responses. For the second I would point to polio, a disease which becomes a problem on after the introduction of water sanitation practices.

Thornhill’s ideas are interesting, and certainly provide good material for the popular press and BBQ conversation, but they require that the reader suspend too much consideration of the details of the complex history of human social and political development. Taken with restraint, as in the example of the locations of African cities, they can provide interesting insights into how current conditions are impacted by past pathogenic threats.