Results of the Tokyo gubernatorial election

I’m checking out the results for the Tokyo elections yesterday. I’m not so surprised at the result, but surreal nature of the election should have everyone scratching their heads. Much is made about the insanity of American politics, but I would have to say that Japan’s are worse.

Masuzoe, the presumed winner, is a “expert in international affairs,” but once stated that women shouldn’t hold sensitive political positions because they menstruate. Apparently, he is unaware that several major economic powers have female leaders. I’m thinking that the only reason he won is due to his many (annoying) appearances on Japanese talk shows. Since the only people who seem to watch television anymore are past retirement, the data here could support this idea.

Hosokawa was prime minister at one time (but retired from politics to do pottery), and Utsunomiya is a favorite of the Japanese socialist and communist parties. Both of them ran on anti-nuclear platforms. It’s worth noting that Masuzoe is also opposed to nuclear power, but doesn’t think that Japan is ready to give it up any time soon. If you think this sounds a bit like he’s trying to appeal to both camps while doing nothing, you’re probably right.

The most perplexing is Tamogami, a disgraced military general, who once wrote an op-ed claiming that Japan’s entry into WWII was the fault of Chang Kai Shek and FDR. Tamogami is an unabashed revisionist and would normally be worth on immediate dismissal, but his batshit ideas play well to Japanese right wingers. Apparently so well, that he was even able to run for Tokyo’s gubernatorial seat.

What I’m perplexed by is his disproportionate amount of support from young people. It appears that old people weren’t’ interested at all. Are the youth of Japan really this conservative?

Tokyo’s GDP is bigger than that of many countries including neighboring Korea. One would think that the electorate would take the seat a bit more seriously, but clearly we don’t live in a rational world. 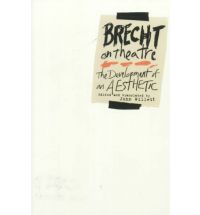