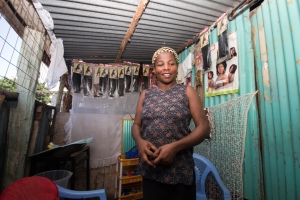 My friend, Rensselaer Polytechnic Institute PhD Student Ben Brucato, posted an interesting article this morning on the links between feminism and neoliberalism. Within the article, there was an interesting portion on microcredit:

“A telling example is “microcredit”, the programme of small bank loans to poor women in the global south. Cast as an empowering, bottom-up alternative to the top-down, bureaucratic red tape of state projects, microcredit is touted as the feminist antidote for women’s poverty and subjection. What has been missed, however, is a disturbing coincidence: microcredit has burgeoned just as states have abandoned macro-structural efforts to fight poverty, efforts that small-scale lending cannot possibly replace.”

I have long been skeptical of microcredit (or its sibling, microfinance, I will use the terms interchangeably). Microcredit claims to offer a seemingly simple solution to the problem of female disenfranchisement. It allows poor women access to seed funds with which they can start tiny, income generating businesses. In the past, women has entered microcredit schemes and started cel phone rental business, small shops, textile based businesses and handicraft manufacture. Borrowers are able to then return the money from profits generated from the business. Borrowers return the money with interest.

The problem with microcredit is what’s normally touted as its strength. Microcredit aims to raise the economic profile of women, by empowering them to start small self-proprietorships selling phone time, manufacturing small handicrafts or textile products, or tiny corner stores (dukas).

Hypercompetition, though, causes prices to drop and margins to plummet so that no one makes any money. Profits are so low, that the recipients of microcredit wind up doing nothing more than paying back the loan prinicipal and interest so that the only entity that makes money is the lender.

Worse yet, medium sized businesses which might introduce efficiencies and provide reasonable wages and benefits are bumped out of the market, opportunities for employment and diversification of products are missed and the entire economy stagnates. Microcredit’s bottom up strategy directly encourages this phenomenon.

The emphasis on economically empowering individuals, of course, comes straight out of neo-classical economics. “The invisible hand” will turn the tide of developing economies through the hard work of a collection of individuals. The cynic could even evoke a Randian ideal: the lady with the best fruit stand will win.

And this is where I have the greatest problems. Keywords like “empowerment of women” are fine. We should, of course, encourage women to be independent both socially and economically. However, there is nowhere in the world where development has occurred simply by lending women a few dollars at exorbitant interest rates.

Microcredit doesn’t live in a bubble. In fact, it’s part of a number of strategies which are largely doomed to fail, and will do nothing but allow a significant percentage of Africa’s poor to stay right where they are. Strategies aimed at small scale agriculture risk throwing the entire sector backward by impeding the development of medium scale farms which consolidate costs and risks (some writers have even referred to the “primitivisation” of the African agricultural sector).

By far, the worse effect of microlending (and the greater neo-classical, bottom up strategy) is that it lets African governments off the hook. Rather than encouraging governments to standardize and enforce taxation, develop standards of business and production, and create systems which offer medium scale businesses access to credit, microcredit does the opposite.

It idealistically assumes that the “invisible hand” of the individual will correct for any structural problems which may already exist (which should sound like something from the American Republican Party). Microcredit undermines the ability and agency of governments to improve the economic profile of their states.