Climbing on Things and Other Evolutionary Pursuits 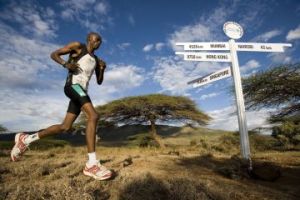 I had one of those odd old man moments today where I’m watching a squirrel run up a tree. It goes half way up the tree in a split second, stops, then decides there’s nothing to run from after all. It then spends the next 10 seconds trying to get down. In short, the squirrel can climb a tree in a tenth the time it takes to get down. I realize this is a pretty silly observation.

Humans, too, are really good at running up hills, but terrible at getting down them. I remember climbing Mt. Mulanje in Malawi once. Going up was no problem at all. Getting down was dangerous as hell.

We pull better than we push, see right in front of ourselves better than beside ourselves, and have an easier time thinking of the concerns of a few proximal people, than a vast numbers of people who live far away. The latter, obviously, has important implications for global policy.

All of these things, though, are remnants of our evolutionary past and make complete sense when put in the context of our humble, though dangerous, beginnings. Arising in the savannahs of Kenya, humans would have been easy prey for all sorts of predators. When faced with a lion or hyena, a reasonable strategy is to run up the nearest tree and wait for the threat to pass. Thus, getting up the tree is critical for survival, particularly for children. Importantly, if they are eaten before they reproduce, the survival of the species is in question. Better climbers are survivors who are able to pass their climbing abilities on to their own children.

Getting down from the tree, of course, is not critical to survival. Thus, we can take our sweet time clumsily trying to get down, live and be able to pass our clumsy genes on to our children. So threats create effective adaptations and the lack of threat creates useless ones. The same is true for eyesight. Humans, as predatory omnivores, benefit from being able to focus on their prey while hunting, especially when they have the unique ability to run long distances while they wait for their prey (which likely has a serious head start) to tire out.

The Kericho region of Kenya is famous for producing long distance runners. I wonder if they maintained a particular hunting strategy that the Europeans or Asians no longer required.

Of interest to me is why humans might be so clan centric. It has been shown that humans are able to feel empathy for individuals close to them, but have a hard time imagining the sufferings of millions of unfamiliar people. This limitation, of course, allows us to wage wars far from home, and maintain indifference toward the millions living in poverty around the world.

Again, there are evolutionary roots here. Humans, being pack animals are adapted to be concerned about their immediately family and pack members, particularly children. This is important to survival. When any member of the group is threatened, all must be ready to ward off the threat, and protect children, who pass on similar traits to their children. A group of people indifferent to those aorund them would die out quickly. We are poor fighters on our own.

We have lived only in small groups until very recently. Thus, we never formed a need to be concerned with anyone else besides those closest to us. This state of having to care about the welfare of millions (or billions) is entirely new. We haven’t yet adjusted to it, though we make noble attempts. It is possible that we may never fully develop the ability to feel the pain of billions, unless something comes along and starts wiping out those who don’t. If that happened, we’d probably all be dead, though.

I had never thought of the problems of global policy in terms of evolutionary behavior. I guess, I have the squirrel to thank.