The Uncharted Land of Marketing 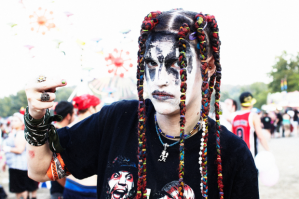 I’m back in the swing of dissertation writing and currently slogging through marketing papers. I now know more about how new products spread than I ever cared to.

First, the truth is that no one really knows why some products succeed and others don’t. As the purchasing of goods in the market done by multiple individuals whose decisions are often personal and multi-factorial, direct observation and dissection of behavior is nearly impossible.

There are some theories, though (largely from Van den Bulte, 2007). So that I don’t forget, and purely for my own benefit, here’s a breakdown:

2. There are market leaders that other people like to follow. People buy products because they want to imitate others, who might mostly be those who pick up on fads early, i.e. there are “innovators” and “imitators.” People who bought to iPhone 1 (what did that look like?) early showed it to their friends, who bought one, too. (see Bass, 1969)

4. Purchase decisions depend on social status. Some people buy stuff because they want to emulate those higher on the social ladder than they are. Similarly, those on top buy new stuff because they don’t want to fall behind or be unseated as a high profile consumer. Some people tend to want to buy slightly more car than they can afford, so that they can feel more like those with more money than they have. The stratified nature of society, thus, perpetuates a system of striving to consume more beyond one’s means. This desire is, of course, endless. (see Simmel 1971 and Burt 1987)

5. Marketing is a two step process. Ads are only effective at influencing behavior of leaders, who, in turn influence their followers. I call this the “Economist effect.” Only a few sad people (such as myself) read the British magazine, the Economist. When the Economist endorses a Presidential candidate, it would seemingly have little effect since only about .0028% of the American populace is paying attention. However, the readership of the Economist consists of educated and well positioned people who have the capacity to influence large numbers of people who don’t read the Economist. On numbers alone, an endorsement from that newspaper would seem meaningless, but as a conduit to the less engaged, the effect could be considerable. (Fortunately, though, no one cares what I think.) (see Lazarsfeld, 1944)

6. There are risks to adopting new products, fashions, etc. Very, very poor people are very similar to very, very wealthy people in that they have nothing to lose by taking adopting new products or behaviors. Ever think about the crazy stuff that some homeless people wear? Is it any crazier than high fashion? Think of Juggalos vs. Comme de Garcons. (I don’t know anything about fashion; that was all I could come up with). People in the middle, however, have a lot to lose by dressing crazy, so they end up really boring. (see Homans, 1961)