Kenya Day??: What day is it anyway? 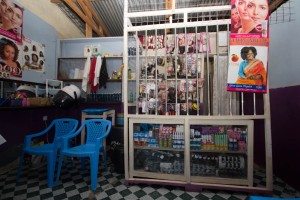 No posts recently, too busy doing interesting things such as:

Soon the data will be so clean that we won’t have to worry about pesky random error.

Other than that, it’s sweltering, and barring anything interesting to say, I’ll leave you with a picture of a hair salon and this story of improperly disposed bodies in Meru:

Residents of the Mjini and Nkoune area of Meru town are appealing to the Meru Level Five Hospital to properly dispose unclaimed bodies and rid local residents of the odor emanating from exposed bodies.
The hospital which recently disposed unclaimed bodies left the graves uncovered for over 24 hours leaving the Mjini and Nkoune area reeling from the stench of corpses.
Angry residents said street children gathered at the graveyard and started counting the number of bodies they could see inside the grave while making fun of how the deceased met their death.
Residents of Mjini slums claimed dogs sometimes visit the graveyard and exhume bodies which are shallowly buried and sometimes carry human body parts home.
They said it was not only inhuman but also against cultural and Christian norms to dump bodies in a graveyard and delay in covering up the pit.
They appealed to the hospital authorities that deal with disposal of bodies to treat the deceased with honor though their bodies may have been unclaimed.