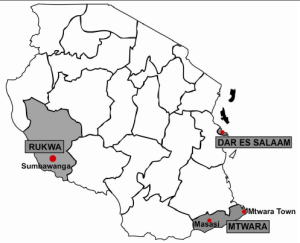 I just got word that one of the papers that I’ve been working on with the Clinton Foundation and the UM Business School has been officially published in Malaria Journal. We’ve been working on a project assessing the impact of supply side drug subsidies on the availability of malaria medications in Tanzania.

BackgroundThe Affordable Medicines Facility for malaria (AMFm) is a pilot supra-national subsidy program that aims to increase access and affordability of artemisinin combination therapy (ACT) in public sector clinics and private retail shops. It is unclear to what extent the AMFm model will translate into wide scale availability and price reductions in ACT, particularly for rural, remote areas where disparities in access to medicines often exist. This study is the first to rigorously examine the availability and price of subsidized ACT during the first year of the AMFm, measured through retail audits in remote regions of Tanzania.

Methods
Periodic retail audits of Accredited Drug Dispensing Outlets (ADDOs) were conducted in two remote regions of Tanzania (Mtwara and Rukwa). Temporal and spatial variation in ACT availability and pricing were explored. A composite measure of ADDO remoteness, using variables, such as distance to suppliers and towns, altitude and population density, was used to explore whether ACT availability and price vary systematically with remoteness.

Results
Between February 2011 and January 2012, the fraction of ADDOs stocking AMFm-ACT increased from 25% to 88% in Mtwara and from 3% to 62% in Rukwa. Availability was widespread, though dispersion throughout the region was achieved more quickly in Mtwara. No significant relationship was found between ACT availability and remoteness. Adult doses of AMFm-ACT were much more widely available than any other age/weight band. Average prices fell from 1529 TZS (1.03 USD) to 1272 TZS (0.81 USD) over the study period, with significantly higher prices in Rukwa. The government recommended retail price for AMFm- ACT is 1,000 TZS ($0.64 USD). The median retail ACT price in the final round of data collection was 1,000 TZS.

Conclusions
The AMFm led to large increases in availability of low priced ACT in Tanzania, with no significant variation in availability based on remoteness. Availability did remain lower and prices remained higher in Rukwa, which is a more remote region overall. Low availability of child and adolescent ACT doses could be due in part to lower quantities of non-adult packs imported into Tanzania. Future research will explore whether increased availability and affordability persists and whether it translates into higher ACT use in Tanzania.