OWS, Agriculture and the Re-Democratization of America 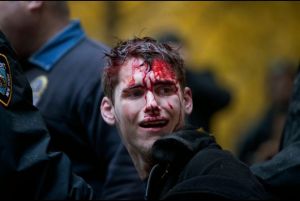 Yesterday, I wrote a post on the decay of democracy in the US through the mass handing over of official powers to unelected bodies. Today, reading the reports of the thousands of people that turned out in NYC and the list of demonstrations in more than 15 major cities, I’m given pause to not be so pessimistic.

It’s wonderful to see people this politically involved though disappointing to see the press and our elected officials summarily ignore it. The President himself, has chosen to only hint at the events, which, arguably, have generated more steam than any of the Tea Party demonstrations. In contrast, though, the Tea Party, though co-opted by Republican candidates that differed little form their predecessors, influenced an entire election.

Looking at the broader picture, though, I’m amazed at the level of citizen involvement that has emerged in the past few years. It was a vast citizen turn out that put President Obama in office. Citizen involvement created the Tea Party, however misguided and narrow their goals were (are?).

Now, citizen involvement is creating the mass demonstrations that make up OWS. People of all types willingly risk being the victim of violence at the hands of state thugs, arrest, detention, fines and legal fees, all for the sake of expressing their political opinions and motivating for change. The Tea Party were never so bold, but I don’t think that OWS could exist without the precedent the Tea Party set. I hate to say that, but it’s true. 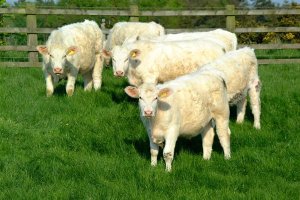 As a loosely linked aside (which will likely make as little sense as the rest of this blog), I was attending this week’s meeting of NWEAG (New World Ecology and Agriculture Group), a loosely link international group of pinko commies concerned with issues of agricultural policy. Last night, my good friend Gerald Smith presented a short history of agricultural policy in the United States, from Jefferson’s ideas of the “Citizen Farmer” to modern day food stamp policy.

The subject of the possible turn of US agriculture away from large agri-business and back toward smaller, local, family run farming operations. In short, we were speaking of the re-democratization of food. Food policy in the US, heavy on subsidies that reward and encourage big agri-business and corporate farming, encourage the commodification and dumbing down of what we eat. We eat what we are told to, and few questions are asked.

Local farm markets, however, allow consumers to be directly involved in food production, the types and manner of food production, and inevitable, the nature of the market itself. Moving toward small farming operations not only empowers farmers, but citizens alike. Local farming ends the need for subsidies that not only serve to depress food prices, reward big fast food industries and snack makers, and, ultimately, prevent developing countries from being competitive in the world agricultural market.

Big agri-business will not go away, just as Wall Street will never go away. The reestablishment of the citizen voice and the re-democratization of America, whether in the form of OWS protests or local farm markets or CFAs, will, however, move American politics away from the divided extremes that we see today, and ultimately create a more tolerable world.

3 responses to “OWS, Agriculture and the Re-Democratization of America”