Welcome Back to Jackson, MS. 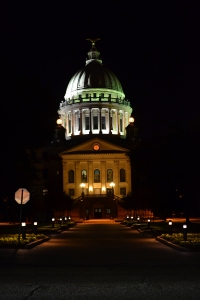 I’ve long slacked on writing anything new on this blog. In addition to life’s daily set of challenges and chores, I had to suddenly travel to Jackson, MS on some family matters. Truthfully, since I’ve returned, I’ve been far too depressed to write much of anything.

Most people who know me are aware that I lived in Jackson, Mississippi from 1974-1988, which pretty much encapsulates my entire elementary, middle and high school years. Jackson is a vastly complicated city, and the capital city of an even more complicated State. Jackson rarely makes the national news unless one of its young, white residents is caught running over random black people in the night.

To deflect the inevitable rash of hate mail that I’m certain to receive, I will first point out that there are many, many positive and wonderful parts of Jackson. The people of Jackson have worked hard to make something out of an otherwise desolate place, including the Fondren Arts area, numerous cultural areas and hang outs, a music history walk that explores the deep African-American musical roots that run deep there, the renovation of the King Edward Hotel and the welcome but quite slow revitalization of downtown. Plus, the food is amazing. I’d end up with some kind of chronic condition if I lived there.

It’s the other parts that bother me. What bothers me most is the mass silence of Mississippians on the most salient of all their problems. Growing up, we weren’t allowed to talk about them, but rather had to act like the problems didn’t exist and go about life oblivious to that which made Mississippi inherently different than other states. So, for those that may be offended at my list of grievances and complaints, I apologize. You’re still my friends but I can’t be silent.

Violence informs just about every aspect of Mississippi life. Historically, this is true throughout the United States through the bloody displacement of the Native Americans. In Mississippi, however, the slave trade compounds this history. Society in Mississippi does not operate through discussion, compromise and the rule of laws for the people, but rather through the enforced protection of resources for the wealthy, the violent subjugation and suppression of the poor, and the systematic denial of political and societal rights to the vast majority of the state.

A tell-tale sign of the extent of this violence is the presence of security guards from Group 4 Securicor, the world’s second largest private sector employer (after Wal-Mart). G4S, as a large private security firm, operates in areas where state police and security forces are non-existent, castrated or impotent. The presence of G4S usually indicates a failure of the state to provide security for its people. G4S guards are ubiquitous all over Africa. While I was in Jackson, I saw not one city police car, but no less than 20 G4S guards, all of whom were obviously poor African-Americans. Ironically, the job of a Mississippi G4S guard, who is nearly always African-American, is to protect middle class and wealthy white people from other African Americans. 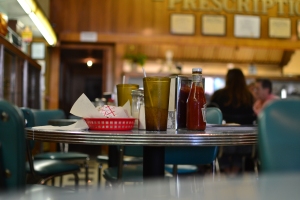 While I was down there, gubernatorial candidate (he’s now won) and Lt. Gov. under the present Haley Barbour, Phil Bryant, stated on the radio that he is upset that Affordable Health Care Act will require that MS add 400,000 people to the Medicaid roles in addition to the 600,000 people that already receive it. In a state of only 2.9 million people, that would mean that more than a third of the state’s population will be on Medicaid. I don’t think this is a bad thing, health care can only be a good thing, but the problem is that for most adults to qualify for Medicaid, one has to make $8,000 a year or less, or 40% of the poverty line. Mr. Bryant is worried (and stated as such) that wealthy MS will have to foot the bill for health care for poor people, and doesn’t even bother to ask what kind of a world (or state) would allow nearly half the state to get by on less than $8000 a year. He doesn’t seem to think that’s a problem at all. Worse yet, the emergency ward at Baptist Hospital is packed to the gills with poor people who aren’t poor enough to receive Medicaid and likely have no health insurance at all, but this isn’t a problem, either.

In fact, white Mississippi blames black people for their poverty, though vague on where the capital is to come from for economic development and jobs in impoverished areas that would inevitably cure most social problems. This is a mantra repeated by the “haves” all over the world and not restricted to Mississippi. To be fair, the African American middle class in Jackson has vastly expanded, which is a good thing. It’s the poor that I’m worried about.

Several times, I went driving around through poor areas of Jackson. The elementary school on Lynch St. had cardboard over broken windows. They obviously have no money to fix them. In some places, the living conditions are as bad if not worse than some shanty towns in SSA. A house burns every night in the winter because people burn wood in their homes to stay warm. The worst of it is only a stone’s throw from the Capitol of the State of Mississippi. While State legislators and lobbyists are having dinner in upscale Jackson eating establishments, poor black kids are living in Somalia like conditions and no one seems to think this is a problem.

This phenomenon existed when I lived there and exists in many, many parts of the US, but the inequality in Mississippi is immense even by Sub-Saharan African standards. In fact, Hinds County’s Gini coefficient (.49) is higher than that of Mozambique, Madagascar and Uganda. Granted, the GDP and average income of Mississippi is higher than all of those countries. Money, however, is linked to the ability of citizens to participate effectively in the political process and, thus, in the distribution of resources. Mr. Bryant’s comments clearly indicate that there is little political will to distribute anything at all.

The problem with the city is that the entire white tax base has moved north of County Line Rd. White people come in to work, but spend their entire paychecks outside the county. It’s the same situation as Detroit over the divide of 8 Mile, which separates Detroit from the suburbs. To make matters worse, since the city doesn’t have any money, the schools are bad, so no one will move back, perpetuating the entire cycle. Meanwhile, black Jackson is angry because they have to live in shit, violence against white people becomes common in either real or imagined terms, which only isolates the white community further, again perpetuating the cycle of separation and marginalization.

Alright, enough. Here are some pictures I took between hospital visits and good food.

2 responses to “Welcome Back to Jackson, MS.”