As of today, April 7, 2011, the numbers of confirmed dead continue to gradually rise though the number of people reported missing have begun to flatten. New reports of missing individuals continue to be reported to Japanese police, though the ratio of dead to missing has been decreasing.

Reporting of number of refugees by prefecture has become spotty, but the worst appears to be over. As of today, Miyagi Prefecture only reported 58,000 refugees, as opposed to a high of 320,000 just two weeks ago. The numbers of refugees in Iwate and Fukushima have remained unchanged for the past two weeks. 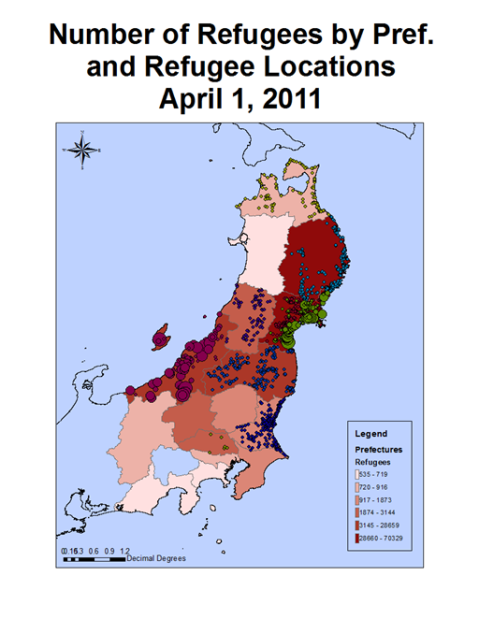