Why Inequality is Bad: Why I’d Rather Live in Michigan Than Mississippi

It came up today that, despite inequality in the US, even the poorest of Americans might be better off than the citizens of the poorest countries on the planet. The United States is more unequal than the Ivory Coast using the Gini coefficient, but the poorest of American workers still makes several hundreds of times more money than even the average resident of the Ivory Coast. So, the conversant suggest, is inequality in itself necessarily a bad thing?

Extreme inequality such as we have in the United States is the opposite of freedom. Think about it this way. People in the middle ages were indentured to their feudal lords. Peasants could not own their own property to produce goods, but rather would rent land from their Lords for a (hefty) portion of the products they produced. Could they go and start their own farm and perhaps sell their goods to another person for a higher price? No. The reason they could not do this, is because of a lack of economic equality and their inability to own their own land and create goods to sell on their own.

The same is true today, as more and more people are unable to own homes, and must rent from wealthy landowners or live paycheck to paycheck, groveling for the few pennies that the Koch Brothers might send them.

Now, we have no middle class. We have rich, and we have poor and little in between, unless you count families living off credit cards and squatting in their foreclosed houses. This spells trouble for the economy. Little spending power aside from daily necessities mean a decline in manufactured goods, and a decline in consumer goods over all. Bottom line is, if you impoverish your populace, you kill your customers, unless you are running a check cashing business or a liquor store, in which case you’re made in the shade.

Little spending power also means less money in local coffers. Property taxes are levied on the marketable value of a home, which now is sinking, because no one can buy a house. This means less money for schools, fire departments, police and health care. Schools are essential for creating a skilled workforce. Without the redistribution of wealth to support schools, we get an even dumber populace, reducing our ability to be a competitive economy.

Much of the great gains of the wealthiest people in this country in the past decade has been due to overseas economies buying American made goods. American made goods made in China, of course. One has to assume that the Chinese will at one point become savvy enough to be able to survive without us. That’s when the shit will hit the real fan.

Extreme inequality breeds violence. This is really the crux of it all. This has been true throughout history. Ever heard of a peasant revolt? What inequality is really good at is creating resentment, and the perception that one is receiving less than his or her fair share.

This perception that one is being cheated breeds anger, which breeds hatred, which eventually breeds violence. Has anyone noticed that the most unequal areas of the country are also the most crime ridden? Or that the most equal areas (Utah) are the safest places to be? You can be poor. If everyone around you is also poor and everyone in your society is also poor, you have nothing to hate, because you have (or don’t have) what everyone else does.

Lynchings were largely driven by the same inequality which predicated the Great Depression. Poor African Americans, seeking better opportunities moved to areas such as Kentucky and Florida. This, of course, was unwelcome to poor white in those areas, who saw them in competition for money and jobs. The powers that be, of course, used this to their political advantage, pitting poor whites against poor blacks. This not only generated voting support but also served to distract poor white folk from their true enemy, which was wealthy landowners who refused to pay a fair wage. The data confirm that lynchings were the worst in areas of high inequality and high percentages of white people.

This story played itself out in South Africa to create apartheid (wealthy politicians pitting poor Dutch farmers against indigenous blacks) and in Hitler’s Germany (Hitler pitted poor and unemployed Germans against a perceived wealthy Jewish population). The same was true in Bosnia and in the incredible abuses wrought by the Japanese Army in China and continues to rear it’s head in the de facto apartheid of Israel.

In short, inequality creates the perfect storm of wealth groups pitting disadvantaged groups against one another. Chaos creates a population that is easy to control. More equality puts people on equal footing, reducing the ability for the wealthy to play political games with the power, and thus reducing the likelihood of violence.

Does this sound familiar? It should. Check out the rhetoric encouraged by the right against undocumented workers. Think it’s a coincidence that we’d be having conversations of shoot to kill along the border by State Representatives and “illegals stealing our jobs”? Think again.

Income Inequality in the US

Thankfully, our elected representatives have saved the day. They have said NO to asking that the wealthy pay their fair share for government services. They have said NO to government enslavement of the American people and YES to letting the free market continue enslaving the American people. The private sector does a better job of controlling people’s lives anyway. Good work.

Income inequality in the US is at an all time high. The average American worker, assuming he has a job, makes less than he did a decade ago, despite Mr. Bush’s sacred tax cuts for the wealthy. The wealthy, on the other hand, have made some of the biggest gains in history indicating that tax cuts for wealthy people do, in fact, work. We have lost more jobs under Bush’s tax cuts than at any single time since the Great Depression. And somehow, this is all OK and we’re supposed to believe that keeping disastrous economic policies in place that even a tax hound like Reagan would balk at, is somehow going to make the world a better place.

Perhaps, not coincidentally, the South, while not only a bastion of economic segregation, is also an area of low taxes on the wealthy (some areas have no property tax) and high sales tax. I don’t know whether there is a causal link between low taxes on wealthy people and inequality, but it’s worth exploring. I bet it’s true.  If it’s true that all politics are local, then this preferential treatment given to the wealthy that exists throughout the South should be a broad indicator of the success or failure of tax policy countrywide.

At the very least, low taxes on wealthy persons means underfunded schools, exacerbating a cycle of low education, low skills and poverty which continues for generations. Low taxes on the wealthy mean low accountability on a class of people that, worldwide, routinely operate in their own interests, seeing the masses as nothing more than a means of fattening their stock divideds. Low taxes on the wealthy means poor health infrastructure. People who are not healthy cannot work to their full potential, creating a cycle of subsistence and dependence on government services, imprisonment and a state of poverty than’s handed down from generation to generation.

So thanks, Mr and Ms. Senators. Thanks for acting in our interests. 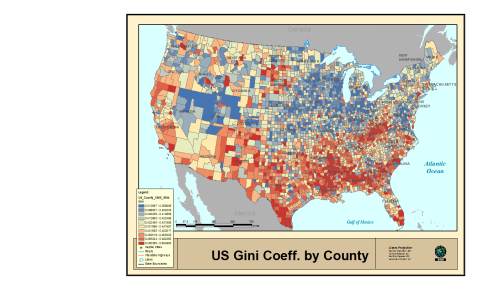