Happy Thanksgiving on the Trail of Tears

No Thanksgiving would be complete without a remembrance of the incredible suffering that the Cherokee Nation (and other first nation peoples) experienced after Andrew Jackson signed the Indian Relocation Act in 1830. More than 4000 first nation persons died during a forced relocation of Cherokee Natives from the Southeastern United States from disease, starvation and exposure. Thousands more from others areas died during relocation, and those who lived lost their pride, homeland and culture to make way for white slave owners and opportunists. Let us never, ever forget. Let us make this a day not only to be thankful for what we have, but also a day to remember the plight of indigenous peoples everywhere. Let it never happen again.

A map of the paths of the Trail of Tears can be seen below: 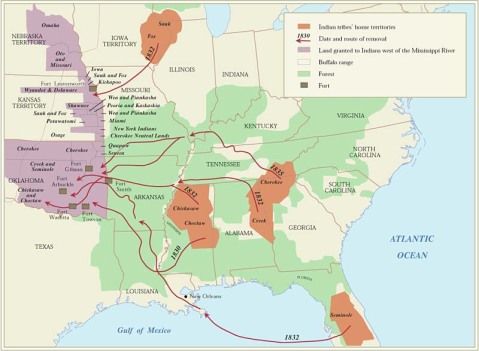 And an interesting video here: