I’m too tired to write, so I’m just going to post these pictures of Japanese manholes. Every town in Japan has it’s own custom manhole. The first one is from Himeji. I did a bike ride from Akashi to Himeji and was able to find this sweet manhole cover:

This one is from Akashi in Hyogo-ken. It has a typo. I’m not sure how one makes a typo on a large piece of molded steel but someone lost their job on this one. It’s supposed to say, “rain water drainage”, but instead just says “light” or “thin”. Maybe they want to say that this is not water out of a nuclear reactor. I don’t know. I thought it was just my bad gaijin eyes when reporting this to home base, but then when checking out the pictures, the evidence was damning.

And Osaka. My buddy Sam had a full color one in his house. I don’t know if he was able to bring it back to the states. I kind of doubt that it would get out of the airport.

And a square one depicting Kobe as Middle Earth: 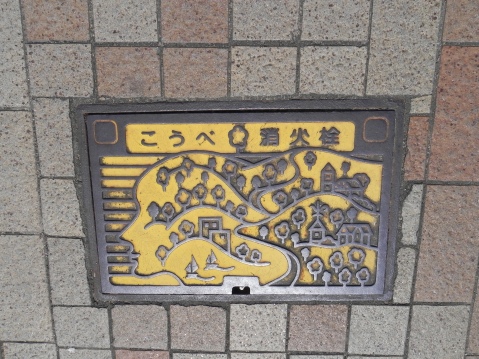