The Southern Poverty Law Center has created a map of hate groups around the U.S. Find your local hate chapter. They are likely closer to home than you think.

Michigan has 26 hate groups listed by the SPLC, including racist hate groups, anti-immigrant hate groups, radical white power Christian hate groups (Jesus was white??), and the absolutely bonkers Jewish Defense League. It’s hard to say whether hate groups are increasing in the U.S. I theorize that there has been a constant of racism, bigotry and intolerance throughout the history of the U.S., but these groups are getting a lot more attention from the authorities than previously afforded. 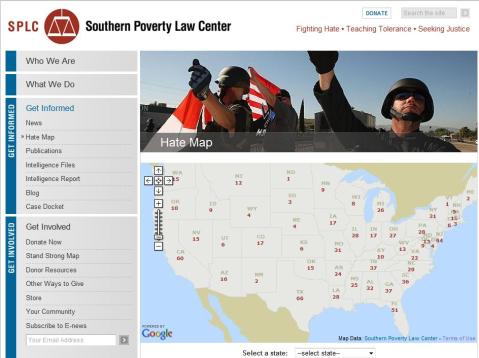