A Japanese cameraman working for Reuters was shot the other day in the midst of Thailand’s now bloody protests against the current government. I will not pretend to know anything about the current political situation in Thailand. However, the news of his death was thought provoking. Hiroyuki Muramoto was 43 years old and apparently a  long standing journalistic veteran. Information on Mr. Muramoto is difficult to find as Japanese people are horribly bad about making themselves known over the internet, but I was able to find a single picture on the Reuters site. 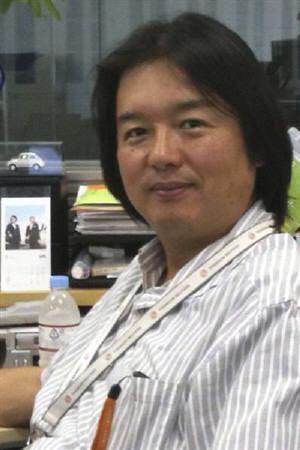 Muramoto is the second journalist to be shot and killed in political protests in south east asia. In 2007, Kenji Nagai was shot and killed by a policeman at point blank range during the monk uprising. Nagai, determined to the end, was flashing pictures of the policeman that shot him as he bled to death on the street. 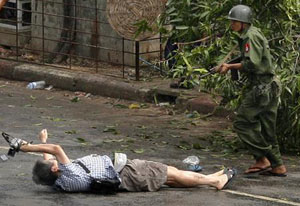 That these people were killed is not surprising. Journalists are regularly killed covering riots, war and disasters. I’m certain that all of them are well aware of the risks. An acquaintance of mine, Ian Stewart was shot in the head by a 12 year old boy covering the civil war in Sierra Leone and lived to tell about it. At first, I was impressed that the human body can withstand a bullet through the the center of the brain with minimal effects, but mostly I was moved at the resolve that someone would have to have to enter the heat of battle for the sake of journalism. Ian has now dedicated himself to rehabilitating child soldiers in war-torn countries.

As for Mr. Muramoto and Mr. Nagai, what impresses me about these two is that, in a country where nearly everything is thought to be kowaii (scary), dangerous (abunai) or difficult (muzukasii), these guys would have the guts to volunteer to enter the heat of danger to  spread news about important events. It’s easy to disparage the Japanese as consumerist sheep (an opinion I do not share), especially when one is in Japan, but, underneath the veneer of Americanized spoiled modern culture, they harbor more than their fair share of individuals who are tough as nails. Bar-room analyses of Japan by gaijin (foreigners) greatly overlook this fact and years of eurocentric thought prevents many people from believing that it’s possible that Japan could produce these type of folks. The tough in Japan just don’t make as big a deal out of their dedication as we would as dedication is considered a matter of course over there, not a badge to be worn. Consider this small post to be my small attempt to make a big deal out of some people who truly are.